In this article we are going to breakdown facial recognition with deep learning in a simple way for you to understand. After reading the article, you will be able to:

Note: This article assumes that you have basic knowledge of coding in python

Facial recognition is a technology of identifying human beings by analyzing their faces from pictures, video footage or in real time.

Until recently, facial recognition has been an issue for computer vision. The introduction of deep learning techniques which are able to grasp big data faces and analyze rich and complex images of faces has made it easier, enabling the new technology to be efficient and later become even better than human vision in facial recognition.

The procedure we are going to use for facial recognition is simple to follow. Our aim here is to develop a neural network that gives a set of numbers that represent a face, which are referred to as face encodings.

Alternatively, when you have images of two people, the neural network is supposed to produce very distinctive results to show they are of two different people.

Therefore the neural network is supposed to be trained to automatically identify faces and compute numbers based on the differences and similarity.

To simplify our work, we will access a pre-built trained model from dlib.

This tutorial is supposed to give us a basic idea of how facial recognition works. We will use the following steps:

You will be required to have the following in the same project  folder before you get started. I have created a folder for this project and named it face-recognition

Note: Regardless of your platform, you can clone the repo to your machine to quickly complete setup. Be sure to still run the first cell in the Notebook if you setup this way.

Now that we have everything setup, it is time to start coding. This is always the fun part right?

Open up your folder using your preferred text editor (I will be using VS Code for this tutorial).

Under the folder add a new file and name it face.py . In this face.py  file we will write all the code that will match the faces in the two different folders images and test. You can either execute this script from the terminal, or follow along in the notebook if you chose to clone the repo. Cloning the repo will give you access to an already made face.py file, as well as sample images.

Step 1: Configure and Start: We integrate the appropriate library and establish the objects/parameters for our facial recognition in this section.

Step 2: Obtain facial encodings from a JPEG: We're building the code that will accept an image title and return the picture's face encodings.

Step 3: Face to face comparisons: We're going to write a code that compares a particular face encoding to a collection of similar face encodings. It will give an array of boolean (True/False) values indicating if a match occurred.

Step 4: Look for a match: We're going to write a function which takes a number of known face encodings, a list of person names (that correspond to the collection of face encodings obtained), and a face to match. It will use the code in 3 to retrieve the name of the individual whose face matches the presented one.

Step 5: Obtaining face encodings for all of the photos in the subfolder- images

Step 6: Identifying the recognized faces in every image in the test subfolder (one by one)

Once you are done with Steps 1 to 6, you will be able to run the code using your terminal using the following command.

You will get the following output

The name next to the filename is the name of the individual who matched the specified face. Please keep in mind that this may not work on all photos.

Now that you have seen how its done, for the next step you should try utilizing your own photographs. Pictures with the person's face fully visible for the best results using this code. 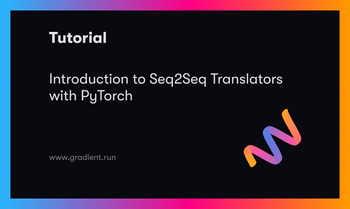 Introduction to Seq2Seq Translators with PyTorch 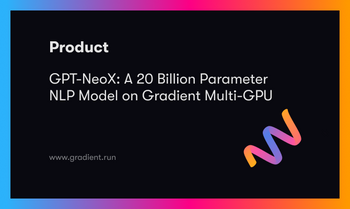