TikTok is booming. (You’ve probably seen it in the news for other reasons.) As one of the hottest and newest social media apps, it allows users to share short videos with followers and strangers. TikTok has been compared to Vine (acquired by Twitter in 2012 and shut down in 2017), but it is already much more popular than Vine ever was. TikTok is said to have gained more than one billion users in just four years!

Since most TikTok users are Gen-Z and Millennials, everyone is looking to TikTok as a critical forum for culture creation. It’s incredibly fun to use -- both as a creator and a viewer. Each video of three to sixty seconds is a self-contained world filled with ridiculousness, inspiration, drama, comedy, and everything in between.

We were lucky enough to be able to speak with a rising star on TikTok (and Instagram), Jesse Richards. Jesse (also known as @deepfaker and @iamjesserichards) is making some of the funniest and highest quality deepfakes we’ve ever seen -- and has grown an enormous following on TikTok as a result. It’s no surprise that his follower count has been soaring for more than a year.

We were super enthusiastic to speak with him about TikTok, the future of ML-based visual effects, how anyone can learn to be a deepfaker, and more about other projects he is involved in.

Paperspace: Starting with a very basic question -- what is a deepfake? How did you first get interested in deepfakes?

Richards: A deepfake is putting an existing person’s face on someone else using AI. I first got into deepfakes after seeing a Youtube video done by ctrl-shift-face. I reached out to him to get some more info about his process, and he showed me what program he used!

Paperspace: Could you tell us a little more about your background? We now know about how you got interested in deepfakes, and know you’re in the film industry. Could you fill us in on the rest of your story?

Richards: I was raised in Omaha Nebraska from kindergarten to high school. Throughout high school and middle school, I was always making little videos here and there. After graduating, I received my bachelor’s degree in computer science at Dordt University in Sioux Center Iowa.

During my last summer at Dordt I flew out to Los Angeles to pursue making videos. I made a couple videos there before I met some famous Vine stars. After making those connections and seeing that I could make a living off it I finished up my last semester at Dordt then headed to LA and have been here for three years. During this time I’ve mostly been doing special effect videos for brands, influencers, professional athletes, and Movie Stars. It was this last July 2019 when I started learning about deepfakes.

The first few deepfakes I made were absolutely terrible. It wasn't until about January of 2020 until my deepfakes started looking better, then I used my time while in quarantine to continue to dig into deepfake work. Currently I've been creating deepfakes for big studios as well as some social media stuff. Most recently I got to do a TikTok with Jason Derulo! I also just filmed a couple special effects videos with Will Smith that should be good! That’s where I am as of now.

Richards: One Of my Favorite Projects is called “What Michael’s Nightmare Was”. I put Toby’s face on all the characters from The Office and edited down to the creepiest clips. It was lots of fun combining my editing skills and deepfakes.

My most challenging project has been doing “The Office Rebooted." In that video, I took ten young stars (including Harry Styles, Timothée Chalamet, and Emma Stone to name a few) and essentially cast them in The Office as if it has been rebooted ten years from now. It took a long time to gather all the data and make it all work.

Paperspace: From watching your videos we know what a deepfake looks like, but what are the technical aspects of creating a deep fake? What goes into making one?

Richards: Deepfakes start off with the source face. The first step is going through YouTube and downloading four to five clips of your source person. Valuable videos are usually talk show interviews, since they speak a lot and use a ton of facial expressions. Next, I turn the videos into pictures and use AI to identify the features of the faces. Then I find the destination video and do the same process. Finally, you put all of that into a BAT file and let it run for a week or two to get a convincing deepfake. There are a lot of small details left out there, but those are the main steps.

Paperspace: How long does it typically take you to train a model? What kind of power and data is needed to run the deep fake?

Richards: Let’s say you are putting Tom Cruise's face on your own face. You run the Tom Cruise model for about a week. That would get you to about one million iterations. Once you get those iterations you can add his face to anyone in about a day.

Training takes a long time in the beginning, but once you have someone's face, it is easy to put it on other people. What’s most important is having a powerful graphics card and a decent PC to speed up the process. Before I had Paperspace I had to run my deepfakes overnight on my personal PC, since you’re not able to do anything else while the job is running. Now with Paperspace, I can run as many deepfakes as I want at the same time, 24/7, and still use my PC.

Paperspace: Do you think deep fakes will become a subcategory of augmented reality? In some of your videos, it looks like the deep fakes are happening in real-time and it’s not difficult to imagine this technology making its way into a live environment.

Richards: I definitely think it will be a real-time simulation very soon. It won't be as good as the current top deepfakes, but I would say in five to seven years it will get there. Right now there are already apps where you can do pretty good deepfakes from your phone, so I do not think it will be long till it's real-time and something you could use in augmented reality.

Paperspace: Since you’re in the film industry in Los Angeles, we should ask a question about Hollywood. Do you think deepfakes will put VFX studios out of business in the near future? How much cheaper and better can ML-based tools like deepfaking be than traditional manual VFX tools?

Richards: I think there are going to be a lot of laws made about deepfakes. They haven’t had to make any yet since they traditionally haven’t been very realistic. Now that they’ve improved and look realistic, they’re using it to "bring people back from the dead”. The issue they’re running into at the moment is that no one has quite figured out how to replicate people's voices.

I’ve done a couple projects with big productions where they hired me to deepfake stars that were only on set for a few days and needed additional footage to complete the last couple of shots. That being said, I don’t think VFX studios will run out of business. I think they will start implementing deepfakes themselves and hire people like me to be on their team.

Paperspace: We heard you now have a popular deepfake course where you teach students some of your techniques. Can you tell us about your deepfake tutorial classes?

Richards: I've been developing material for a while now and it's all in these courses. I've gotten thousands of messages from people asking how I make deepfakes and never had a great answer. There are videos online that show you some general info about how to use DeepfaceLab, but the results you get from it are disappointing. In the course, I show you step by step how to make deepfakes just as good as mine by sharing all the settings I use as well all the tips and tricks I’ve learned along the way, including a tutorial on how to use Paperspace as not many people have powerful PCs.

Paperspace: Why do we (as People of the Internet) love The Office and Parks & Rec so much? Has deepfaking taught you something about character development and why people love certain fictional characters so much?

Richards: I can’t say why people love the shows as much as they do. But when I do deepfakes with the characters from the show, the fan bases are so wide they always get a ton of views.

These shows are so beloved, that when a fan sees a scene they recognize but now it’s Toby Flenderson’s face on all the characters, they’re compelled to share it. All my Office videos do super well -- I always have at least one hundred people share them on their stories every time. Utilizing the popularity of different shows has helped me grow from zero to almost forty thousand followers on Instagram in eight months.

Paperspace: What’s your ethical standpoint on deepfakes? Do you think we need or will need regulation in the area? For example, when you made the video of Charli D’amelio, was it a question to ask her about using her original content and body in one of your videos?

Richards: As of now, I believe that if you use people’s faces in content that isn’t derogatory or doesn’t degrade them, it’s okay to use freely. There are so many people that will use deepfakes for horrible things such as deceiving the public or making explicit content with them, and of course, that is not good for anyone and is a disgusting use of this technology. My goal is to show everyone that deepfakes can also be used to create fun videos and that it’s not a scary or creepy technology.

Richards: I think deepfakes are going to be at the point soon that you won't even be able to tell if it's real or fake, but that shouldn’t make us fear that the public can’t trust the content they see online. When Photoshop was coming out people were worried they would never be able to trust photos anymore, and we still are here and trust photos. I think deepfakes will be similar to that!

Make sure to stay up to date with everything Jesse Richards, by following his work on Instagram, TikTok, and Youtube! 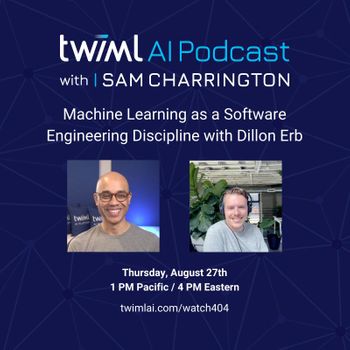 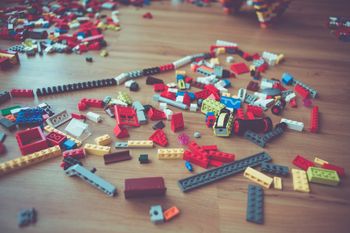 How to Build a Variational Autoencoder in Keras 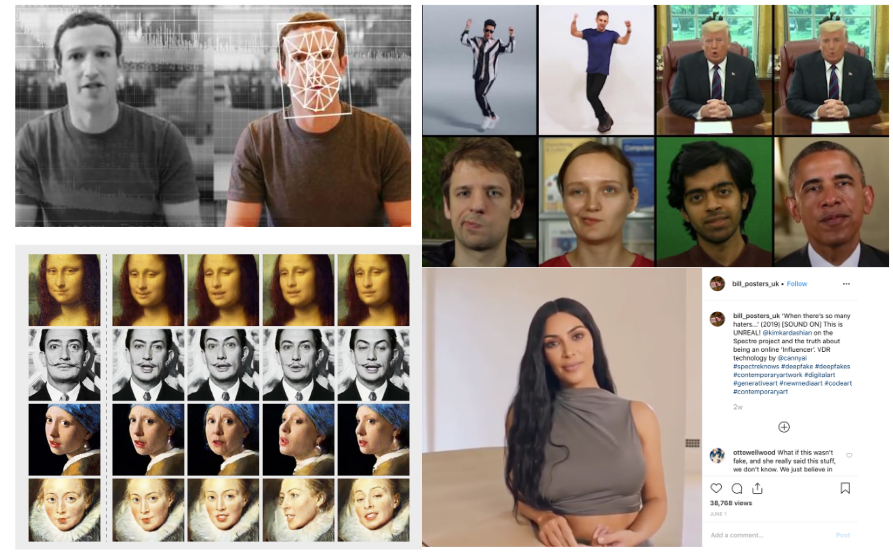