Down-sampling is a beneficial process in convolutional neural networks as it helps to progressively manage the amount of pixels/data present in the network, thereby helping to manage computation time during training. As we know by now, feature maps in a convolution layer are 4 dimensional, (batch size, channels, height, width) with pooling allowing us to down-sample along the height and width dimensions. It is also possible to down-sample along the channel dimension through a process called 1 x 1 convolution.

In this article, we will be taking a look at 1 x 1 convolution not only as a down-sampling tool but across its several usages in convolutional neural networks.

The Concept of 1 x 1 Convolution

In more technical terms, 1 x 1 convolution can be said to be a pixel-wise weighting of feature maps since each pixel is multiplied by a single number without regard for neighboring pixels. In the image below, 1 x 1 convolution is performed on the matrix using the given filter. The resulting feature map is a representation of the original matrix with pixel values 4 times the original, therefore the original image is said to have been weighted by 4 using the filter.

As convolutional neural networks become deeper, the number of channels/feature maps in their layers progressively increase in number. In fact, It's not unusual to have as many as 512 feature maps in an intermediate convolution layer.

Theoretically, the above mentioned process could also be done using a regular convolution filter, but the difference will be that features will not be summarized across channels; rather, new features will be learnt. Since 1 x 1 convolution is simply a weighting of individual pixels, without considering neighboring pixels, followed by summation across channels, it can be said to be a kind of channel-wise pooling. Hence, the 32 feature maps produced will be 'summaries' of all 512 feature maps present in the layer.

The disparity in parameters also translates into speed of computation with down-sampling using (1, 1) filters being approximately 23 times faster than when the same process is done with a (3, 3) filter.

Since ReLU activation typically follows 1 x 1 convolution layers, we could essentially include them (1 x 1 convolution layers) without performing dimensionality reduction just for the extra ReLU non-linearity that comes along with them. For instance, the feature map of size (512, 12, 12) from the previous section could be convolved using (512, 512, 1, 1) (512 1 x 1 convolution filters all with 512 channels each) filters to again produce (512, 12, 12) feature maps all just to take advantage of the ReLU non-linearity that follows.

To better illustrate, consider the sample ConvNet in the code block below, layer 3 is a 1 x 1 convolution layer which returns the same number of feature maps as the (3, 3) convolution in layer 2. The 1 x 1 convolution layer in this context is not redundant as it is accompanied by a ReLU activation function which would not have been present in the network. This is beneficial because the additional non-linearities will further force the network to learn a more complex mapping of inputs to outputs thereby enabling the network to generalize better.

Imagine building a convolutional neural network architecture for a 10 class multi-class classification task. In a classical convolutional neural network architecture, the convolution layers serve as feature extractors while the linear layers vectorize the feature maps in stages up until a 10 element vector representation holding each class' confidence scores is returned. The problem with linear layers is they easily overfit during training requiring dropout regularization as a mitigative measure.

Incorporating 1 x 1 convolutions, one could get rid of the linear layers entirely by down-sampling the number of feature maps until they are of the same as the number of classes in the task at hand (10 in this case). Next, the mean value of all pixels in each feature map is returned to produce a 10 element vector holding confidence scores for each class (this process is called global average pooling, more on this in a coming article).

In this article, we took a look at 1 x 1 convolution and its various purposes in convolutional neural networks. We looked through the process itself and how it is used as a dimensionality reduction tool, as a source of additional non-linearity and as a means to exclude linear layers in CNN architectures and mitigate the problem of overfitting. This process is a mainstay in several state of the art convolutional neural network architectures and is definitely a great concept to properly grasp and understand. 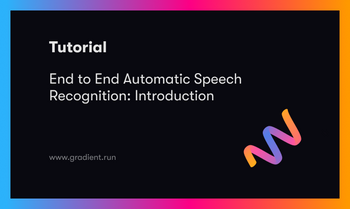 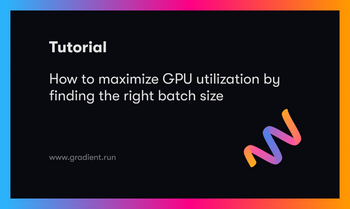