A Generative Adversarial Network is a type of neural network, normally consisting of two neural networks set up in an adversarial way. What I mean by adversarial way is that they work against each other in order to be better at what they do. These two networks are called the generator and discriminator. The first GAN was proposed by Ian Goodfellow in 2014 and after his work, we’ve seen several GANs, some with architectural novelty and others with improved performance and stability. So what exactly is a Generative Adversarial Network? In layman terms, A Generative Adversarial Network is a type of generative model consisting of two models where one model tries to generative images or some other real life data very close looking to the original real image or data to fool the other model while the other model optimizes itself by looking at the generated images and the authentic images in order not to get fooled by the generating model. In the literature of GANs, the model generating the images is called the generator and the model ensuring that the generator produces authentic looking images is called the discriminator. Let’s try to understand GANs using the detective-robber scenario. In this scenario, the robber acting as the generator continuously shows a counterfeit note of money to the detective who is acting as the discriminator.  At each point in this process, the detective detects that the note is fake, rejects the money and informs the robber about what’s making the note fake. The robber also at each stage takes the note from the detective, uses the information from the detective to generate a new note note and then shows it again to the detective. This continues until the robber succeeds in creating a note that is authentic looking enough to fool the detective. That is exactly how a Generative Adversarial Network works - The generator produces synthetic images continuously and is optimized by receiving signal from the discriminator until the distribution of the synthetic images nearly matches the distribution of the original images.

You probably might be wondering how the generator produces the images. The originally proposed GAN generates images by taking in as input a fixed-size vector from a uniform distribution and gradually increasing the spatial dimension of this vector to form an image. Some recently invented GANs like the CycleGAN seem to have deviated from this generator architecture.

The task of image to image translation

Image to Image translation have been around for sometime before the invention of CycleGANs. One really interesting one is the work of Phillip Isola et al in the paper Image to Image Translation with Conditional Adversarial Networks where images from one domain are translated into images in another domain. The dataset for this work consists of aligned pair of images from each domain. This model was named Pix2Pix GAN.

The approach used by CycleGANs to perform Image to Image Translation is quite similar to Pix2Pix GAN with the exception of the fact that unpaired images are used for training CycleGANs and the objective function of the CycleGAN has an extra criterion, the cycle consistency loss. In fact both papers were written by almost the same authors.

As I mentioned earlier, some recent GANs have different Generator architectural design. Pix2Pix GANs and CycleGANs are major examples of GANs with this different architecture. Instead of taking in as input a fixed-size vector, it takes an image from one domain as input and outputs the corresponding image in the other domain. This architecture also makes use of skip connection to ensure that more features flow from input to output during forward propagation and gradients from loss to parameters during back-propagation. The discriminator architecture is almost the same. Unlike the initially proposed architecture which classifies a whole image as real or fake, the architecture used in these GANs classify patches of an image as real or fake by outputting a matrix of values as output instead of a single value. The reason for this is to encourage sharp high frequency detail and also to reduce the number of parameters.

Earlier, I mentioned that there are three steps in training a GAN and that the first two steps trains the discriminator. Let’s look at how. We are going to combine the discriminator objective loss and implement it in one python function.

We feed in fake images from the generator into the discriminator and instead of increasing the probability of the discriminator predicting a value close to one, we tweak the generator to force the discriminator to predict a value close to one. This is equivalent to back-propagating the gradients to the generator and updating its weights with the gradients.  Let’s assume generator G maps images from domain X to Y and F maps images from domain Y to X. According to the paper, these adversarial losses only ensure that the learned mapping G and F produce outputs that match the distribution of  Y and X respectively but are not visually identical to images in the respective domain. For instance, let’s assume we train G to map images from a domain containing images of summer scenes to a domain containing images of winter scenes. With only the adversarial losses used to learn the mapping, when we map an image x from the X domain using G, an image y is produced which only matches the distribution of Y and hence can be any random permutation of images in the Y domain which might not be identical to the input image, x. The mappings G and F are under-constrained mappings and to reduce the space of possible mappings, the authors introduced the cycle consistency loss to augment the adversarial loss. They theorized that to further constrain the mappings, the mappings should be cycle-consistent. This means that for each image x from the domain X, an image translation to the domain Y and back to the domain X should bring x back to the original image. that is x → G(x) → y → F(y) ≈ x. This is equivalent to x→G(x)→F(G(x)) ≈ x. They term this as forward cycle consistency. Similarly, for each  image y  from domain Y, G and F should satisfy the mapping y → F(y) → G(F(y)) ≈ y (backward cycle consistency).

We introduce a last loss function, the identity loss which further ensures that outputs from a mapping visually match the images from the domain they map to.

In the paper for this work, the authors used a more refined architecture for their generator network. Its made up of skip connections similar to that in a Residual Network but we are going to use the Unet model implemented in the TensorFlow examples module. We can download and install module from https://github.com/tensorflow/examples or use:

To access models from the TensorFlow examples package, use the snippet:

As already discussed, the discriminator network is a feed forward network, more specifically a convolutional neural network which outputs a matrix of values with each value representing the decision of discriminator on a patch or small region on the input image. So instead of classify an entire image as fake or real, it makes that decision on patches on the image.

we’ve already discussed the reason for this architecture.

Obtaining data for Generative Adversarial Network can be quite of a challenge. Luckily for us, the TensorFlow dataset module consists of several dataset with unpaired alignment of images. You can install module using this simple command:

After installing module, access dataset using the code below:

Notice that we are using a dataset with “horses” and “zebras” domains. There are a ton of other unpaired dataset here: https://www.tensorflow.org/datasets/catalog/cycle_gan - Just replace the “horse2zebra” in the load function with the dataset of your choice. Now that we have our dataset, we need to build an effective pipeline to feed the dataset into the neural networks. The tf.data API provides us with all the tools to create this pipeline.

Basically what the above code does is to define a set of functions to manipulate images as they flow through the pipeline (data augmentation). We also batch the dataset and shuffle the images after each complete iteration through the dataset.
Throughout the article, we’ve talked about using adversarial and cycle consistent loss to train our models. Now we are going to see how to implement this training algorithm in code.

The training loop also contain some if statements to log the statistics of our training on the screen.

The generate_images function displays images generated by the generator. This is to keep track of how well our model is performing. Its implementation is shown below.

Training takes some time so I suggest you perform the training on Paperspace gradient notebooks with GPU enabled environment to expedite the training process: Paperspace.com. After training models for a long time, the generators should be able to produce fairly realistic translated images like this:

I am an undergraduate student currently studying Electrical and Electronic Engineering. I am also a deep learning enthusiast and writer. My work mostly focuses on computer vision and natural language processing. I'm hoping to one day break into the field of autonomous vehicles.You can follow along on twitter(@henryansah083): https://twitter.com/henryansah083?s=09  LinkedIn: https://www.linkedin.com/in/henry-ansah-6a8b84167/. 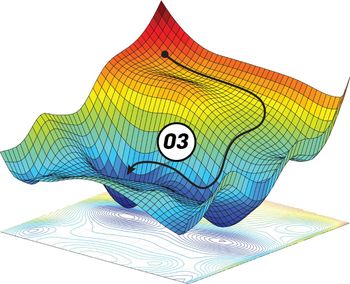 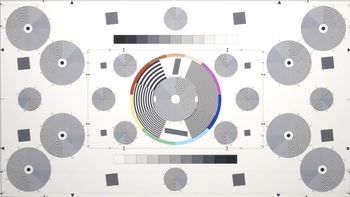