Non-Local Networks have provided a strong intuition and foundation for many modern attention mechanisms used in deep neural network architectures for computer vision.

In this post we will go through one of the prominent works which took inspiration from Non-Local Networks and Squeeze-and-Excitation Networks to model an attention mechanism which enables the network to capture long-range dependencies at a considerably cheap cost. This is known as the Global Context Network, which was accepted at ICCV Workshops in 2019.

First we will revisit Non-Local Networks briefly before recapping Squeeze-and-Excitation networks. Then we will move to an in-depth discussion of Global Context Modeling, before providing its code and observing the results presented in the paper. We will finally conclude by considering some shortcomings of GCNet.

However, through a rigorous empirical analysis, we have found that the global contexts modeled by non-local networks are almost the same for different query positions within an image. In this paper, we take advantage of this finding to create a simplified network based on a query independent formulation, which maintains the accuracy of NLNet but with significantly less computation. We further observe that this simplified design shares similar structure with Squeeze-Excitation Network (SENet). Hence we unify them into a three-step general framework for global context modeling. Within the general framework, we design a better instantiation, called the global context (GC) block, which is lightweight and can effectively model the global context.

Non-Local Networks took an impactful approach to capturing long-range dependencies, via aggregating query-specific global context to each query position. Simply put, Non-Local Networks are responsible for modeleing the attention map of a single pixel by aggregating the relational information of its surrounding pixels. It achieved this by using few permutation operations to allow the attention map to be constructed with the focal query pixel. This approach is somewhat, in an abstract sense, similar to that of the Self-Attention Mechanism proposed in SAGAN.

As shown in the above diagram, the NL Block essentially takes in the input tensor and first permutes it from $C \times H \times W \times C \times HW$ dimension format. This permutation is followed by three branches. In one of the branches, it simply undergoes $1 \times 1$ pointwise spatial preserving convolution. In the other two branches, it also goes through similar convolution operations but then they're multiplied by the cross product by permuting one of the outputs, after which the resultant output is passed through a SoftMax activation layer which outputs an $HW \times HW$ shaped tensor. This output is then multiplied by the cross product with the output of the first branch to give a resultant $C \times HW$ output, which is then permuted to a shape of $C \times H \times W$ before being element-wise added to the original input to the block like a residual connection.

The GCNet paper provides a simplified and generalized form of the Non-Local Block, as shown in the above diagram. The input to this simplified block is passed in parallel through two $1 \times 1$ convolution operators, where one preserves the channel and spatial dimensions while the next only reduces the channel dimension to $1$. The first convolution's output is then permuted from $C \times H times W$ to $C \times HW$, similar to the classic Non-Local Block, while the second convolution's output is reshaped from $1 \times H \times W$ to $HW \times 1 \times 1$. These two tensors are subsequently multiplied using the cross product, which results in an output tensor of the shape $C \times 1 \times 1$. This output tensor is then similarly added to the original input like a residual connection.

Squeeze-and-Excitation Networks incorporate a channel attention mechanism that essentially is made up of three components: a Squeeze Block, Excitation Block, and Scaling Block.

The Squeeze Block is responsible for reducing the input feature maps $(C \times H \times W)$ to single pixels using Global Average Pooling (GAP) while keeping the number of channels the same $(C \times 1 \times 1)$. The squeezed tensor is then passed to the Excitation block, which is a multi-layer perceptron bottleneck (MLP) responsible for learning the channel attention weights. Finally, these singular weights are passed through sigmoid activation and then are element-wise multiplied to their corresponding channels in the non-modulated input tensor.

To read an in-depth review of Squeeze-and-Excitation Networks, you can read my article on it here.

The GCNet paper proposes a unified simple module that can generalize both Squeeze-and-Excitation Networks and Non-Local Networks. This module is called the Global Context Modeling Framework, which contains three notable parts: Context Modeling, Transform, and Fusion. The Context Modeling is used to build the long-range dependencies for the query pixel while the transform usually denotes the dimensional change attributed to attention vectors in channel attention and finally Transform essentially fuses the attention vector with the original input.

As shown in the diagram above, this framework can generalize the Simplified Non-Local Block where the context modeling is responsible to capture the long-range dependencies. Similarly, in the case of Squeeze-and-Excitation Networks, the context modeling represents the decomposition of the input tensor by GAP. This is followed by the transform which constructs the attention weights, in this case, an MLP bottleneck.

Global Context Networks combine the best of the Simplified NL block and the Squeeze-and-Excitation block within the Global Context Modeling framework. The Context Modeling is the same as that present in the Simplified NL Block, while the transform is a bottleneck structure similar to that of the Squeeze-and-Excitation block, with the only difference being GCNet employs an additional LayerNorm in the bottleneck.

Because of the combination of Non-Local Networks and Squeeze-and-Excitation Networks into a single unified framework, GCNet was able to capture long-range dependencies for query pixels while providing good attention representation over the global neighborhood, which allowed the network to be more robust to changes in the local spatial region. 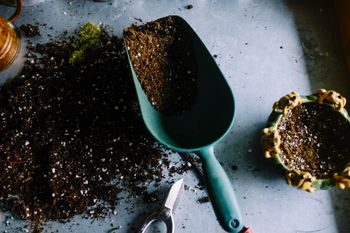 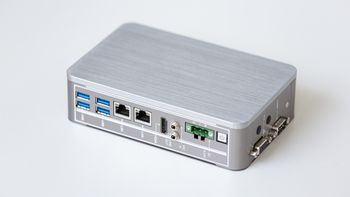