Computer Vision as a field dates back to the late 1960s, when it originated with the ambitious goal of mimicking the human visual system. However, after a long AI winter, the field recently came into spotlight in 2012 when AlexNet won the first ImageNet Challenge. AlexNet used deep CNNs on GPUs to classify millions of images in ImageNet along with thousands of labels with a top 5 error rate of 15.3%.

Some of you may be wondering: what are CNNs?

Let me explain it to you briefly.

The connectivity pattern between neurons in a Convolutional Neural Networks or CNN is inspired by the organization of the animal visual cortex. Individual neurons in the cortex respond to stimuli only in a restricted region of the visual field called the receptive field. Similarly, CNNs have kernels(an n x n matrix with shared weights) that slides along the input image to capture spatial information that a Multi-layer perceptron won't.

For a high resolution image, it was computationally unfeasible to have a network of fully connected nodes. Also, full connectivity of neurons is wasteful for images that inherently contains spatially local input patterns. We can infer from the patterns finer details, and save on cost.

The rise of CNNs and the case for interpretability

CNNs, while reducing the network size, also add locality of reference, which is very important for image data. As a result, CNNs are widely used for computer vision tasks.

These are only a few use cases among many, but they rightly convey how interwoven these systems are with our daily lives these days. But, while they are common, their interpretation can be difficult with out in domain knowledge of deep learning and AI. Therefore, it has become extremely important to be able to explain the predictions of these "black boxes". In this blog, we will explore techniques to interpret the predictions made by these networks.

I will broadly divide the interpretation techniques into two categories:

Occlusion or perturbation based techniques

These methods manipulate parts of the image to generate explanations. How exactly does that work? I'll explain it using two libraries.

Local Interpretable Model Agnostic Explanation(or LIME) is a library that supports local explanations for almost all modalities of data. These explanations are model-agnostic (independent of the model used), and try to explain only individual predictions and not the whole model (local). The way LIME works for images can be broken down in the following steps:

We'll now use a pretrained Inception-V3 model to make a prediction on a cat and mouse image.

Even though some red super-pixels lie on the cat. The model does a pretty good job at learning the underlying concept in the image, and the colorations reflect that.

Lime's implementation for images is quite similar to its implementation for tabular data. But instead of  perturbing individual pixels, we change super-pixels. Because of the locality reference that we talked about earlier, many more than one pixel contribute to a class.

Another popular library for interpretations is SHAP. It uses concepts from game theory to generate explanations. Consider a game played by a group of individuals where they cooperate. Each player contributes something to the game, some players may contribute more than others and some players may contribute negatively. There will be a final distribution of the summation of each player's contribution that will determine the outcome of the game.

Shapley value provides one possible answer to it.

Let's try to use SHAP to interpret the same cat and mouse image. Here we'll use a Resnet50 instead of an Inception model.

The first predicted class is Egyptian cat followed by fox squirrel, tabby and lynx. The superpixels of the face of the cat contribute positively towards the prediction. The model places a great weight on the nose or the whiskers area.

An advantage of using the Partition explainer in SHAP is it does not make an underlying assumption that the features(or superpixels) here exist independently from other features. This is a very big (and false) assumption made by a lot of interpretation models out there.

We'll now look at the next class of interpretation techniques.

We'll look at a few techniques that use gradients for interpretation:

Gradient Weighted Class Activation map or Grad-CAM uses the gradients of a class flowing into the final convolutional layer to produce a heatmap that highlights the important regions in the image used for predicting the class. This heatmap is then upscaled and superimposed over the input image to get the visualization. The steps followed to get the heatmap are as follows:

We use the same ResNet50 model that we have used in the above example. We also have a helper function that superimposes the heatmap on the original image and displays it.

Tired of the cat and mouse image? We'll use a new image this time.

Let's look at the top classes for this image.

The model classifies the cars as sports car and the person standing between them as a racer. Let's visualize the activations of the last convolutional layer.

It seems like the neurons of the layer conv5_block3_out are activated by the front portion of the car. We can be assured that the model learns the right features for this class.

Now, let's visualize this for the "racer" class.

This time instead of giving importance to the pixels representing the man the car still uses the car pixels for classifying this image as "racer". This is not in-line with what we expected and maybe the model uses global context in the image to predict classes. For instance- would a person not standing besides a sports car be called a racer?

Since Grad CAM uses the last convolutional layer to generate the heatmap, the localization is very coarse. Since the last layer has a much coarser resolution compared to the input image, the heatmap is upscaled before it can be superimposed on the image.

We use guided backpropogation to get a high resolution localization. Instead of computing the gradients of loss with regard to the activations of the last convolutional layer we compute it with regard to the pixels of the input image. However, doing this can produce a noisy image, and therefore we use ReLu in backpropogation (in other words, we clip all values less than 0).

Let's take a look at the saliency map for the sports car example that we saw above. We'll use the same ResNet50 model.

Even though the saliency map we created through guided backpropagation is higher resolution, it is not class discriminative, i.e. the localization cannot differentiate between classes. That's where we use Grad-CAM. The Grad-CAM heatmap is upsampled with bilinear interpolation, then both maps are multiplied element-wise.

Grad-CAM works like a lens that focuses on specific parts of the pixel-wise attribution map obtained through guided backpropagation. Here, for the class "sports car", mostly the pixels related to the cars are highlighted.

As you can see, guided Grad CAM does a better job at localizing the pixels for the class "racer" than just Grad CAM.

The last concept it uses is Local Smoothing. It adds normally distributed noise with the standard deviation (specified as an argument) during the expectation calculation. This helps create smoother feature attributions that better capture correlated regions of the image.

We'll use VGG16 this time, and, since we have visualized gradients from the input image and the last convolutional layer, we'll visualize gradients from an intermediate layer (layer 7).

The first label predicted by the model is sports car. The 7th layer of the model pays attention to the pixels highlighted in red.

We looked at various techniques to visualize CNNs. Something to note here is, when the explanations provided by the model do not match our expectations it could be because of two reasons. Either the model did not learn correctly or the model learned more complex relationships than can be  perceived by humans.

Try this out on a Gradient Notebook by creating a TensorFlow Runtime Notebook with the following as your 'Workspace URL' in the 'Advanced Options' of Notebook creation: https://github.com/gradient-ai/interpretable-ml-keras 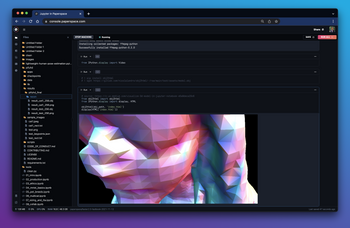 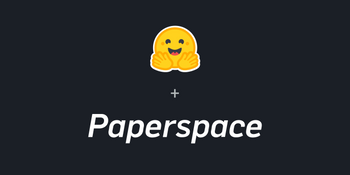