If training models is one significant aspect of machine learning, evaluating them is another. Evaluation measures how well the model fares in the presence of unseen data. It is one of the crucial metrics to determine if a model could be deemed satisfactory to proceed with.

With evaluation, we could determine if the model would build knowledge upon what it learned and apply it to data that it has never worked on before.

Take a scenario where you build an ML model using the decision tree algorithm. You procure data, initialize hyperparameters, train the model, and lastly, evaluate it. As per the evaluation results, you conclude that the decision tree algorithm isn’t as good as you assumed it to be. So you move a step ahead and apply the random forest algorithm. Result: evaluation outcome looks satisfactory.

For complex models, unlike performing evaluation once as in the previous example, evaluation might have to be done multiple times, be it with different sets of data or algorithms, to decide which model best suits your needs.

In the first part of this series, let's understand the various regression and classification evaluation metrics that can be used to evaluate ML models.

If you want to see how these metrics can be used in action, check out our Notebook demonstrated these metrics in code form in Gradient!

Regression is an ML technique that outputs continuous values. For example, you may want to predict the following year’s fuel price. You build a model and train it with the fuel price dataset observed for the past few years. To evaluate your model, here are some techniques you can use:

The root-mean-square deviation (RMSD) or root-mean-square error (RMSE) is used to measure the respective differences between values predicted by a model and values observed (actual values). It helps ascertain the deviation observed from actual results. Here’s how it is calculated:

\( (\hat{y_i} - y_i)^2 \) is similar to the Euclidian distance formula we use to calculate the distance between two points; in our case, the predicted and observed data points.

Division by \( n \) allows us to estimate the standard deviation \( \sigma \) (the deviation from the observed values) of the error for a single prediction rather than some kind of “total error” 1.

First things first—the value should be small—it indicates that the model better fits the dataset. How small?

The mean absolute error (MAE) is the mean of the absolute values of prediction errors. We use absolute because without doing so the negative and positive errors would cancel out; we instead use MAE to find the overall magnitude of the error. The prediction error is the difference between observed and predicted values.

When the square root is applied to the mean of the squared logarithmic differences between predicted and observed values, we get root mean squared log error (RMSLE).

R-squared (also called the coefficient of determination) represents the goodness-of-fit measure for regression models. It gives the proportion of variance in the target variable (dependent variable) that the independent variables explain collectively.

R-squared evaluates the scatter of data points around the best fit line. It can be formulated as:

It’s better to compute both the metrics because RMSE calculates the distance between predicted and observed values, whereas, R-squared tells how well the predictor variables (the data attributes) can explain the variation in the target variable.

R-squared doesn’t always present an accurate value to conclude if the model is good. For example, if the model is biased, R-squared can be pretty high, which isn’t reflective of the biased data. Hence, it is always advisable to use R-squared with other stats and residual plots for context4.

Classification is a technique to identify class labels for a given dataset. Consider a scenario where you want to classify an automobile as excellent/good/bad. You then could train a model on a dataset containing information about both the automobile of interest and other classes of vehicle, and verify the model is effective using classification metrics to evaluate the model's performance. To analyze the credibility of your classification model on test/validation datasets, techniques that you can use are as follows:

Accuracy is the percentage of correct predictions for the test data. It is computed as follows:

In classification, the meta metrics we usually use to compute our metrics are:

All meta metrics can be arranged in a matrix as follows:

This is called the confusion matrix. It gives a visual representation of the algorithm's performance.

For multiclass classification, we would have more rows and columns, denoting the dataset's classes.

Accuracy might not always be a good performance indicator. For example, in the case of cancer detection, the cost of failing to diagnose cancer is much higher than the cost of diagnosing cancer in a person who doesn’t have cancer. If the accuracy here is said to be 90%, we are missing out on the other 10% who might have cancer.

Overall, accuracy depends on the problem in consideration. Along with accuracy, you might want to think about other classification metrics to evaluate your model.

To understand precision, let’s consider the cancer detection problem again. If “having cancer” is a positive class, meta metrics are as follows:

Thus, \( \frac{TP}{TP + FP} \) gives the measure of how well our prediction fares, i.e., it measures how many people diagnosed with cancer have cancer and helps ensure we don’t misclassify people not having cancer as having cancer.

Considering the cancer detection problem, if “having cancer” is a positive class, meta metrics are as follows:

Thus, \( \frac{TP}{TP + FN} \) measures how well classification has been done with respect to a class, i.e., it measures how many people with cancer are diagnosed with cancer, and helps ensure that cancer doesn’t go undetected.

F-Measure (also called F1-Measure) comes to the rescue. It is the harmonic mean of precision and recall.

where \( \beta \) is chosen such that recall is considered \( \beta \) times as important as precision5.

Considering the cancer detection problem, if “having cancer” is a positive class, meta metrics are as follows:

The area under ROC (AUC) measures the entire area under the curve. The higher the AUC, the better the classification model.

For example, if the AUC is 0.8, it means there is an 80% chance that the model will be able to distinguish between positive and negative classes.

The precision-recall (PR) curve plots precision and recall. When it comes to imbalanced classification, the PR curve could be helpful. The resulting curve could belong to any of the following tiers:

In this article, you got to know several evaluation metrics that can evaluate regression and classification models.

The caveat here could be that not every evaluation metric can be independently relied on; to conclude if a model is performing well, we may consider a group of metrics.

Besides evaluation metrics, the other measures that one could focus on to check if an ML model is acceptable include:

In the next part, let's dig into the evaluation metrics for clustering and ranking models.

Notebooks detailing the material covered above can be found on Github here. 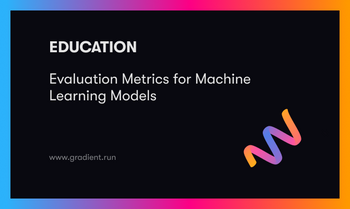 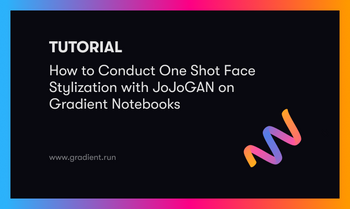