While many recent advancements in deep neural networks have inclined towards prioritizing performance over complexity, there is still a spark in the community to make deep neural networks cheaper and more efficient for use on smaller devices. There have been various directions of research into efficient neural networks, ranging from Binary Neural Networks and Efficient Networks to component-based research like PyConv and Depthwise Convolution Layers. One work that has stood the test of time is the collection of MobileNet models, which include MobileNet, MobileNetV2, and MobileNetV3.

In this post, we will continue with advancements in the MobileNet range of models with the new entry of MobileNeXt, which was published at ECCV 2020. We will first review the bottleneck structures of Residual Networks and MobileNetV2, and discuss their differences. Next, we will present the redesigned bottleneck structure proposed in MobileNeXt, before diving into the PyTorch implementation of the SandGlass block. We will conclude this article by going through the results as observed in the paper, followed by the model's shortcomings.

Let's dissect this Residual Bottleneck into its core components, which include the main branch and the residual connection (also referred to as the "shortcut connection").

As shown above, in a Residual Block the input first undergoes a $(1 \times 1)$ pointwise convolution operator (note: pointwise convolution doesn't affect the spatial dimensions of the input tensor, but is used to manipulate the number of channels in the tensor). This is followed by a channel-preserving spatial $(3 \times 3)$ convolution which essentially reduces the spatial dimensions of the feature maps in the input tensor. Finally, this is followed by another pointwise $(1 \times 1)$ convolution layer which increases the number of channels to the same number as that of the input to the main branch.

Following this, the residual is added to the main branch output before finally being passed through the standard non-linear activation function (in this case, ReLU).

Dethroning its predecessor MobileNetV1, MobileNetV2 proved to be one of the most widely used lightweight architectures by introducing the Inverted Residual Block. While the Residual Block connected the higher dimensional tensors (i.e. those with more channels) via a residual/shortcut connection, MobileNetV2 proposed to invert this by connecting the bottlenecks via the residual connection and keeping the larger channel tensors within the main branch. This was one of the crucial redesign factors in reducing the parameters and FLOPs required.

This was further amplified by the usage of Depthwise Convolution layers, which essentially have one convolutional filter per channel. With this structural overhaul, MobileNets weren't able to outperform their ResNet counterparts in performance metrics like Top-1 accuracy on the ImageNet dataset (which was largely due to the fact that, because of the usage of depthwise convolution operators, the feature space reduced dramatically and thus the expressivity reduced considerably. MobileNet was still able to achieve respectable performance considering how lightweight, fast, and efficient it is compared to the ResNet line of models).

The SandGlass Block is essentially a classic Residual Block, where the first and last convolutional layers in the main branch are channel preserving spatial depthwise convolutional layers. To emulate the bottleneck structure, it uses two consecutive pointwise convolution operators to initially reduce and then subsequently increase the number of channels. These pointwise operators are stacked in between the two depthwise convolution layers. Because of the now larger channel tensors being operated by depthwise kernels, there is a substantial decrease in the number of parameters as compared to e.g. MobileNetV2.

As shown in the graph above, MobileNeXt seems to perform better than MobileNet in every regard. It is lighter in terms of parameters, and still obtains a higher accuracy than its equivalent MobileNetV2 counterpart. In the subsequent tables, we will show how MobileNeXt performs across different tasks, like image classification on the ImageNet dataset and object detection on the Pascal VOC dataset.

MobileNeXt† denotes the models with sandglass block and the SE module added for a fair comparison with other state-of-the-art models, such as EfficientNet

Overall, it's a very simple idea yet provides strong results, and it might have a good shot at being the default lightweight model in the computer vision domain. 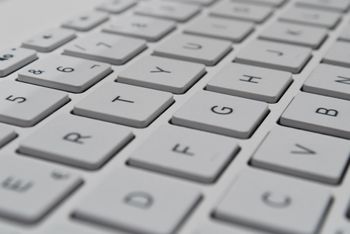