Prompt-based NLP is one of the hottest topics in the natural language processing space being discussed by people these days. And there is a strong reason for it, prompt-based learning works by utilizing the knowledge acquired by the pre-trained language models on a large amount of text data to solve various types of downstream tasks such as text classification, machine translation, named-entity detection, text summarization, etc. And that too under the relaxed constraint of not having any task-specific data in the first place. Unlike the traditional supervised learning paradigm, where we train a model to learn a function that maps input x to output y, here the idea is based on language models that model the probability of text directly.

Some of the interesting questions that you can ask here are, Can I use GPT to do Machine Translation? Can I use BERT to do Sentiment Classification? and all of it without having to train them for these tasks, specifically. And that’s exactly where prompt-based NLP comes to the rescue. So in this blog, We’ll try to summarise some initial segments from this exhaustive and beautifully written paper -Pre-train, Prompt, and Predict: A Systematic Survey of Prompting Methods in Natural Language Processing. In this blog, we discuss various types of learning paradigms present in NLP, notations often used in prompt-based paradigm, demo applications of prompt-based learning, and discuss some of the design considerations to make while designing a prompting environment. This blog is part 1 of 3 blog series that will soon follow up discussing other details from the paper like Challenges of such a system, Learning to design the prompts automatically, etc.

Until Paradigm 3: Pre-train, Fine-tune, the use of Language Models as a base model for almost every task didn't exist. That’s why we don’t see an arrow under the "Task Relation" column in the figure above amongst the boxes. Also, as discussed above, with Prompt-based learning the idea is to design input to fit the model. The same is depicted in the above table with incoming arrows to LM (Language Model), where the tasks are CLS (Classification), TAG (Tagging), GEN (Generation).

As can be seen in the below figure, we start with input (x) (Let’s say a movie review), and output expected (y). The first task is to re-format this input using a prompt function (mentioned Fprompt in the image), the output of which is denoted as (x'). Now it’s the task of our language model to predict z values in place of the placeholder Z. Then for prompts where the slot Z is filled with an answer, we refer to it as called Filled prompt, and if that answer is true, we call it Answered prompt.

Feel free to checkout GPT-3 playground and test your prompts -

We will be using OpenPrompt - An Open-Source Framework for Prompt-learning for coding a prompt-based text classification use-case. It supports pre-trained language models and tokenizers from huggingface transformers.

We simulate a 2-class problem with classes being sports and health. We also define three input examples for which we are interested in getting the classification labels.

Next, we load our language model and we choose RoBERTa for our purposes.

Next, we define our template that allows us to put in our input example stored in "text_a" variable dynamically. The {"mask"} token is what the model fills-in. Feel free to check out How to Write a Template? for more detailed steps in designing yours.

Next, we define verbalizer that allows us to project our model's prediction to our pre-defined class labels. Feel free to check out How to Write a Verbalizer? for more detailed steps in designing yours.

Next, we create our prompt model for classification by passing in necessary parameters like templates, language model and verbalizer.

Next, we create our data loader for sampling mini-batches from a dataset.

Next, we set our model in evaluation mode and make prediction for each of the input example in a Masked-language model (MLM) fashion.

Below snippet shows the output for each of the input example.

It's interesting to see a new stream of research coming up in NLP dealing with minimal training data and utilizing large pre-trained language models out there. We will expand to each of the above-mentioned design considerations in the follow-up parts of this blog. 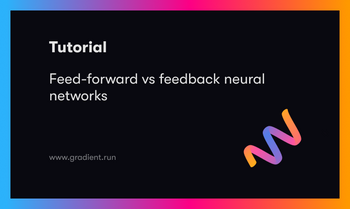