Time series analysis and forecasting have many applications: analyzing the sales of your retail chains, finding anomalies in the traffic you're getting to your servers, and predicting stock markets, to name a few.

There are diverse ways of digging into time series analysis. We will cover it with the following topics.

You can run the full code for this post for free from a Gradient Community Notebook.

Before we dive into the details of time series, let's prepare our dataset.

We will use weather data from Jena, Germany for our experiments. You can download it using the following command from the CLI.

Unzip the file and you'll find CSV data that you can read using Pandas. The dataset has several different weather parameters recorded. For the purpose of this tutorial, we'll be using the temperature data (in Celsius). The data is recorded regularly; over 24 hour periods, with 10 minute intervals.

What Are the Properties of Time Series?

A time series is a sequence of observations taken sequentially in time. A certain variable varies along with time, and we analyze the patterns in it and try to make predictions based on the variations the series has shown in the past.

There are certain properties of a time series to look out for:

Decomposing a time series into these components can give us a lot of information and insight into how the time series behaves.

The Pearson coefficient can be calculated as follows.

Autocorrelation is the correlation of a signal with a delayed copy of itself as a function of delay. We try to find the correlation between a time series and a time lagged version of itself. We watch these values, and find how they vary as we increase the time lag. It can be calculated as follows.

The aim is to calculate the dependence of the same time series with different delays.

To find the dependence of all lag values with each other, we can formulate a linear equation of the following nature. Let $X(t - k)$ be a column vector of a time series with lag $k$. Our matrix generated above will then create an array of shape $(N \times k)$. Let's call it $A$. Now define another matrix with unknown coefficients $B$, which is of the same size as $X$.

Then we have a linear system of equations:

For lag values of 1 or 2 this is analytically simple to solve. That being said, it can get cumbersome pretty quickly.

Another way of approaching the problem is provided by the Yule Walker Equations. An element of a time series is represented as a linear equation dependent on each of its previous elements until the maximum lag value.

The equation is multiplied by the element at the maximum lagged time step and the expectation is calculated. The equation is divided by the length of the series, then by the zeroth autocovariance.

Here, $c(i)$ is the autocovariance value (which is divided by the zeroth value to get autocorrelation parameters $r(p)$).

The equations for all the lag values can be neatly represented as follows.

Now we need to solve for $\phi$. We know how to calculate the values of matrix $r$ from the autocorrelation function we defined. To find partial autocorrelations we can use out-of-the-box functions from the statsmodels package in Python, as follows.

From several of our plots, we see that the data has a seasonal element to it. We know intuitively that the temperature data should have a seasonal component to it as well. The temperature should oscillate every day, lower during the nights compared to during the days. Besides that, they should also oscillate over the course of a year.

To validate these suspicions, we can look at the Fourier transforms of our series.

Fourier transforms allow us to make an amplitude-based series into a frequency-based series. They are complex-valued functions that represent every series as a superposition of sinusoidal waves in a complex plane.

Here N is the length of the series, and X is the transformed value at t=k.

3Blue1Brown has done extremely interesting videos that will give you a very intuitive understanding of the mathematical formulation, why the values are represented in a complex plane, and how the dominant frequencies in a function are captured. You can find the video on Fourier series here and Fourier transforms here.

We can plot the magnitude of our Fourier transform as follows.

This snippet was borrowed from here.

We get the following plot:

As we can see, the values around 1/Year and 1/Day show an unusual spike, validating our previous intuitions.

The above method is a basic form of spectral analysis. A lot of sophisticated methods for spectral density estimations have emerged which utilize the underlying idea of Fourier transforms: converting time domain information into the frequency domain. Some of them are Periodgrams, Barlett's Method, Welch's Method, etc. Often, to obtain better results, window functions like Hamming and Blackman-Harris are used to smooth the time series. You can think of these as 1-dimensional convolutional filters, where the parameters vary according to the kind of window function we are looking at. You can learn more about spectral analysis and Fourier transforms by reading up on digital signal processing.

Stationarity of a Time Series

A time series is stationary when its statistical properties like mean, variance, and autocorrelation don't change over time.

We will take a look at the tests first, and then the transformations.

Looking at how the mean and variance of a time series changes over time can give us an initial idea of how non-stationary a time series is, and what kind of stationarizing mechanism can we apply. Looking at the plots we found above, we can guess that the weather time series is far from stationary. We can also look at the ACF and PACF plots. If the values on the plots fall quickly, chances are that the time series is close to stationary. But the ACF and PACF plots we got above were looking at values too close in time. The weather hardly changes every 10 minutes. Let's take a look at the plots when you take data by the day.

And if we took the data for every 31 days?

As we can see, there are several points that fall outside of the blue region, which indicates that the time series is not stationary.

There are three main versions of the test:

2. Test for a unit root with drift:

3. Test for a unit root with drift and deterministic time trend:

The Augmented Dickey-Fuller Test is a one-tailed test that uses the same testing procedure, but applied to a lag-p series as shown below.

The lag value is found using information criterion like Akaike, Bayesian, or Hannan-Quinn.

The output we get is the following.

You can learn more about the Augmented Dickey-Fuller Test here.

Another unit root test is the KPSS test. Instead of assuming a null hypothesis of the presence of a unit root, the KPSS test considers it the alternative hypothesis. The following regression equation is used.

Where $r_t$ is a random walk, $\beta t$ is a deterministic trend, and $\epsilon_t$ is the stationary error.

In the implementation we should remember that KPSS is a two-tailed test.

And the output is the following.

There are several other tests you can do to test stationarity, like Phillip Herron, Zivot Andrews, Fourier ADF, etc., depending on how they treat structural breaks, endogenous and exogenous variables, etc. You can learn about them here and here.

Our time series has given us conflicting results. But if a series isn't stationary, stationarizing a time series is important because autoregressive models are designed with an underlying assumption of stationarity.

There are a few different ways a time series can be made stationary.

You can eliminate the trends in a time series by subtracting the rolling mean values from the series and then normalizing it.

If you find a linear trend in the series, you can instead find the regression line and then remove the linear trend accordingly.

After differencing, we can try the Dickey-Fuller and KPSS tests again.

We covered all the basics of what to look for in a time series to analyze linear and nonlinear trends. We looked into the concept of stationarity, different tests to find out if a series is stationary, and how to stationarize a non-stationary series. In the next part of this series we will cover time series forecasting.

Don't forget to run the full code for this post for free from a Gradient Community Notebook, or check out Parts 2 and 3 covering regression and LSTMs, and autoregressive models and smoothing methods, respectively. 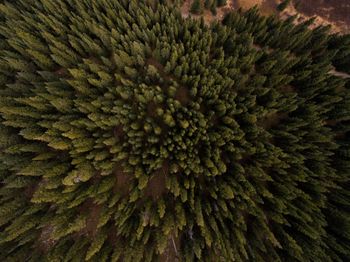 The Machine Learning Practitioner's Guide to Reinforcement Learning: Overview of the RL Universe