Hello readers, this is yet another post in a series we are doing PyTorch. This post is aimed for PyTorch users who are familiar with basics of PyTorch and would like to move to an intermediate level. While we have covered how to implement a basic classifier in an earlier post, in this post, we will be discussing how to implement more complex deep learning functionality using PyTorch. Some of the objectives of this posts are to make you understand.

Before we begin, let me remind you this part 3 of our PyTorch series.

So, let's get started.

This is something that comes quite a lot especially when you are reading open source code. In PyTorch, layers are often implemented as either one of torch.nn.Module objects or torch.nn.Functional functions. Which one to use? Which one is better?

As we had covered in Part 2, torch.nn.Module is basically the cornerstone of PyTorch. The way it works is you first define an nn.Module object,  and then invoke it's forward method to run it. This is a Object Oriented way of doing things.

On the other hand, nn.functional provides some layers / activations in form of functions that can be directly called on the input rather than defining the an object. For example, in order to rescale an image tensor, you call torch.nn.functional.interpolate on an image tensor.

So how do we choose what to use when? When the layer / activation / loss we are implementing has a loss.

Normally, any layer can be seen as a function. For example, a convolutional operation is just a bunch of multiplication and addition operations. So, it makes sense for us to just implement it as a function right? But wait, the layer holds weights which need to be stored and updated while we are training. Therefore, from a programmatic angle, a layer is more than function. It also needs to hold data, which changes as we train our network.

I now want to you to stress upon that fact that the data held by the convolutional layer changes. This means that the layer has a state which changes as we train. For us to implement a function that does the convolutional operation, we would also need to define a data structure to hold the weights of the layer separately from the function itself. And then, make this external data structure an input to our function.

Or just to beat the hassle, we could just define a class to hold the data structure, and make convolutional operation as an member function. This would really ease up our job, as we don't have to worry about stateful variables existing outside of the function. In these cases, we would prefer to use the nn.Module objects where we have weights or other states which might define the behaviour of the layer. For example, a dropout / Batch Norm layer behaves differently during training and inference.

Despite the above reasoning, most of the nn.Module classes have their nn.functional counterparts. However, the above line of reasoning is to be respected during practical work.

An important class in PyTorch is the nn.Parameter class, which to my surprise, has gotten little coverage in PyTorch introductory texts. Consider the following case.

Each nn.Module has a parameters() function which returns, well, it's trainable parameters. We have to implicitly define what these parameters are. In definition of nn.Conv2d, the authors of PyTorch defined the weights and biases to be parameters to that of a layer. However, notice on thing, that when we defined net, we didn't need to add the parameters of nn.Conv2d to parameters of net. It happened implicitly by virtue of setting nn.Conv2d object as a member of the net object.

This is internally facilitated by the nn.Parameter class, which subclasses the Tensor class. When we invoke parameters() function of a nn.Module object, it returns all it's members which are nn.Parameter objects.

If you try to assign a tensor to the nn.Module object, it won't show up in the parameters() unless you define it as nn.Parameter object. This has been done to facilitate scenarios where you might need to cache a non-differentiable tensor,  example in case,  caching previous output in case of RNNs.

I remember I had to use a nn.ModuleList when I was implementing YOLO v3 in PyTorch. I had to create the network by parsing a text file which contained the architecture. I stored all the nn.Module objects corresponding in a Python list and then made the list a member of my nn.Module object representing the network.

As you see, unlike when we would register individual modules, assigning a Python List doesn't register the parameters of Modules inside the list. To fix this, we wrap our list with the nn.ModuleList class, and then assign it as a member of the network class.

Weight initialisation can influence the results of your training. What's more, you may require different weight initialisation schemes for different sort of layers. This can be accomplished by the modules and apply  functions. modules is a member function of nn.Module class which returns an iterator containing all the member nn.Module members objects of a nn.Module function. Then use the  apply function can be called on each nn.Module  to set it's initialisation.

There are a plethora of inplace initialisation functions to be found in the torch..nn.init module.

A very similar function to modules is children. The difference is a slight but an important one. As we know, a nn.Module object can contain other nn.Module objects as it's data members.

children() will only return a list of the nn.Module objects which are data members of the object on which children is being called.

Note, that the above statement remains true for all objects / classes that subclass from nn.Module class.

So, when we initialize the weights, we might want to use modules() function since we can't go inside the nn.Sequential object and initialise the weight for its members.

Printing Information About the Network

2. named_modules. Same as above, but iterator returns modules           like modules() function does.

3. named_children Same as above, but iterator return modules like     children() returns

The idea to implement such a thing is fairly simple. In our previous post, where we implemented a CIFAR classifier, we passed all the parameters of network as a whole to the optimiser object.

However, the torch.optim class allows us to provide different sets of parameters having different learning rates in form of a dictionary.

In the above scenario, the parameters of `fc1` use a learning rate of 0.01 and momentum of 0.99. If a hyperparameter is not specified for a group of parameters (like `fc2`), they use the default value of that hyperparameter, given as input argument to the optimiser function. You could create parameter lists on basis of different layers, or either whether the parameter is a weight or a bias, using the named_parameters() function we covered above.

Scheduling your learning rate is going to follow is a major hyperparameter that you want to tune. PyTorch provides support for scheduling learning rates with it's torch.optim.lr_scheduler module which has a variety of learning rate schedules. The following example demonstrates one such example.

Generally, training loop is made of two nested loops, where one loop goes over the epochs, and the nested one goes over the batches in that epoch. Make sure you call scheduler.step at start of the epoch loop so your learning rate is updated. Be careful not to write it in the batch loop, otherwise your learning rate may be updated at the 10th batch rather than 10nth epoch.

Also remember that scheduler.step is no replacement for optim.step and you'll have to call optim.step everytime you backprop backwards. (This would be in the "batch" loop).

You might wanna save your model for later use for inference, or just might want to create training checkpoints. When it comes to saving models in PyTorch one has two options.

First is to use torch.save. This is equivalent to serialising the entire nn.Module object using Pickle. This saves the entire model to disk. You can load this model later in the memory with torch.load.

The above will save the entire model with weights and architecture. If you only need to save the weights, instead of saving the entire model, you can save just the state_dict of the model. The state_dict is basically a dictionary which maps the nn.Parameter objects of a network to their values.

As demonstrated above, one can load an existing state_dict into a nn.Module object. Note that this doesn't involve saving of entire model but only the parameters. You will have to create the network with layers before you load the state dict. If the network architecture is not exactly the same as the one whose state_dict we saved, PyTorch will throw up an error.

This completes our discussion on some of the more advanced features of PyTorch. I hope the things that you've read in this posts will help you implement complex deep learning ideas that you might have come up with.  Here are links for further study shall you be interested. 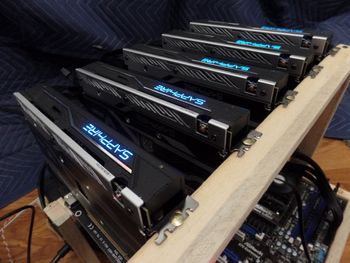