Recurrent Neural Networks, or RNNs, are a specialized class of neural networks used to process sequential data. Sequential data can be considered a series of data points. For instance, video is sequential, as it is composed of a sequence of video frames; music is sequential, as it is a combination of a sequence of sound elements; and text is sequential, as it arises from a combination of letters. Modeling sequential data requires persisting the data learned from the previous instances. For example, if you are to predict the next argument during a debate, you must consider the previous argument put forth by the members involved in that debate. You form your argument such that it is in line with the debate flow. Likewise, an RNN learns and remembers the data so as to formulate a decision, and this is dependent on the previous learning.

Unlike a typical neural network, an RNN doesn’t cap the input or output as a set of fixed-sized vectors. It also doesn’t fix the amount of computational steps required to train a model. It instead allows us to train the model with a sequence of vectors (sequential data).

Interestingly, an RNN maintains persistence of model parameters throughout the network. It implements Parameter Sharing so as to accommodate varying lengths of the sequential data. If we are to consider separate parameters for varying data chunks, neither would it be possible to generalize the data values across the series, nor would it be computationally feasible. Generalization is with respect to repetition of values in a series. A note in a song could be present elsewhere; this needs to be captured by an RNN so as to learn the dependency persisting in the data. Thus, rather than starting from scratch at every learning point, an RNN passes learned information to the following levels.

To enable parameter sharing and information persistence, an RNN makes use of loops.

A neural network $A$ is repeated multiple times, where each chunk accepts an input $x_i$ and gives an output $h_t$. The loop here passes the information from one step to the other.

As a matter of fact, an incredible number of applications such as text generation, image captioning, speech recognition, and more are using RNNs and their variant networks.

Not all scenarios involve learning from the immediately preceding data in a sequence. Consider a case where you are trying to predict a sentence from another sentence which was introduced a while back in a book or article. This requires remembering not just the immediately preceding data, but the earlier ones too. An RNN, owing to the parameter sharing mechanism, uses the same weights at every time step. Thus during backpropagation, the gradient either explodes or vanishes; the network doesn’t learn much from the data which is far away from the current position.

To solve this problem we use Long Short Term Memory Networks, or LSTMs. An LSTM is capable of learning long-term dependencies.

Unlike in an RNN, where there’s a simple layer in a network block, an LSTM block does some additional operations. Using input, output, and forget gates, it remembers the crucial information and forgets the unnecessary information that it learns throughout the network.

One popular variant of LSTM is Gated Recurrent Unit, or GRU, which has two gates - update and reset gates. Both LSTM and GRU work towards eliminating the long term dependency problem; the difference lies in the number of operations and the time consumed. GRU is new, speedier, and computationally inexpensive. Yet, LSTMs have outputted state-of-the-art results while solving many applications.

To learn more about how LSTMs differ from GRUs, you can refer to this article.

The Need for Bidirectional Traversal

A typical state in an RNN (simple RNN, GRU, or LSTM) relies on the past and the present events. A state at time $t$ depends on the states $x_1, x_2, …, x_{t-1}$, and $x_t$. However, there can be situations where a prediction depends on the past, present, and future events.

For example, predicting a word to be included in a sentence might require us to look into the future, i.e., a word in a sentence could depend on a future event. Such linguistic dependencies are customary in several text prediction tasks.

Take speech recognition. When you use a voice assistant, you initially utter a few words after which the assistant interprets and responds. This interpretation may not entirely depend on the preceding words; the whole sequence of words can make sense only when the succeeding words are analyzed.

Thus, capturing and analyzing both past and future events is helpful in the above-mentioned scenarios.

A BRNN has an additional hidden layer to accommodate the backward training process. At any given time $t$, the forward and backward hidden states are updated as follows:

The hidden state at time $t$ is given by a combination of $A_t (Forward)$ and $A_t (Backward)$. The output at any given hidden state is:

The training of a BRNN is similar to Back-Propagation Through Time (BPTT) algorithm. BPTT is the back-propagation algorithm used while training RNNs. A typical BPTT algorithm works as follows:

Both the forward and backward passes together train a BRNN.

BRNN is useful for the following applications:

The bidirectional traversal idea can also be extended to 2D inputs such as images. We can have four RNNs each denoting one direction. Unlike a Convolutional Neural Network (CNN), a BRNN can assure long term dependency between the image feature maps.

Sentiment Analysis is the process of determining whether a piece of text is positive, negative, or neutral. It is widely used in social media monitoring, customer feedback and support, identification of derogatory tweets, product analysis, etc. Here we are going to build a Bidirectional RNN network to classify a sentence as either positive or negative using the sentiment-140 dataset.

You can access the cleaned subset of sentiment-140 dataset here.

First, import the sentiment-140 dataset. Since sentiment-140 consists of about 1.6 million data samples, let’s only import a subset of it. The current dataset has half a million tweets.

You now have the unzipped CSV dataset in the current repository.

‘Text’ indicates the sentence and ‘polarity’, the sentiment attached to a sentence. ‘Polarity’ is either 0 or 1. 0 indicates negativity and 1 indicates positivity.

Find the total number of rows in the dataset and print the first 5 rows.

Since raw text is difficult to process by a neural network, we have to convert it into its corresponding numeric representation.

To do so, initialize your tokenizer by setting the maximum number of words (features/tokens) that you would want to tokenize a sentence to,

fit the tokenizer onto the text,

use the resultant tokenizer to tokenize the text,

and lastly, pad the tokenized sequences to maintain the same length across all the input sequences.

Finally, print the shape of the input vector.

Print the model summary to understand its layer stack.

Install and import the required libraries.

Create a one-hot encoded representation of the output labels using the get_dummies() method.

Map the resultant 0 and 1 values with ‘Positive’ and ‘Negative’ respectively.

y_arr variable is to be used during the model’s predictions.

Print the shapes of train and test data.

Call the model’s fit() method to train the model on train data for about 20 epochs with a batch size of 128.

Plot accuracy and loss graphs captured during the training process.

Print the prediction score and accuracy on test data.

Now's the time to predict the sentiment (positivity/negativity) for a user-given sentence. First, initialize it.

Predict the sentiment by passing the sentence to the model we built.

The model tells us that the given sentence is negative.

A Bidirectional RNN is a combination of two RNNs training the network in opposite directions, one from the beginning to the end of a sequence, and the other, from the end to the beginning of a sequence. It helps in analyzing the future events by not limiting the model's learning to past and present.

In the end, we have done sentiment analysis on a subset of sentiment-140 dataset using a Bidirectional RNN.

In the next part of this series, you shall be learning about Deep Recurrent Neural Networks. 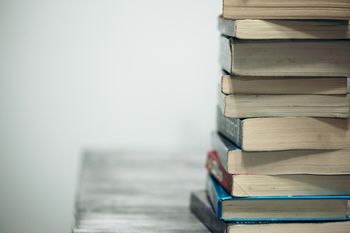 The Machine Learning Practitioner's Guide to Reinforcement Learning: All About Markov Decision Processes 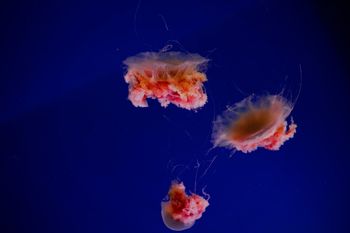 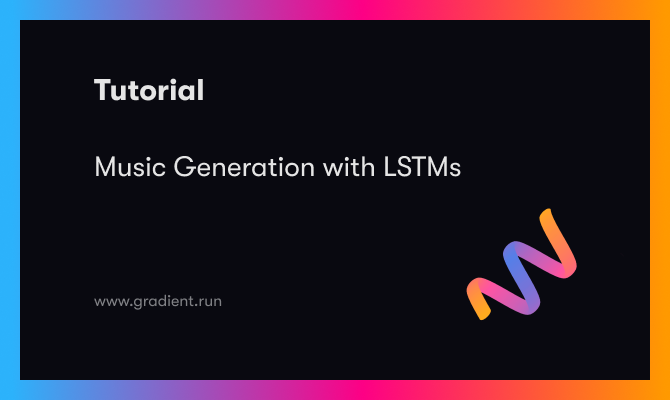 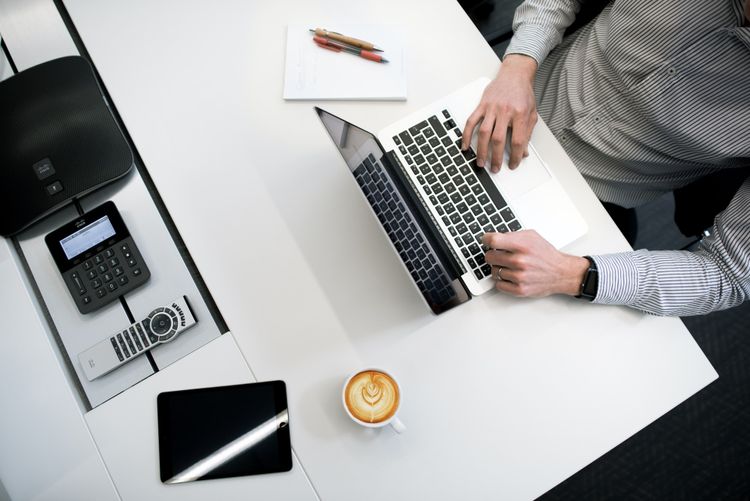 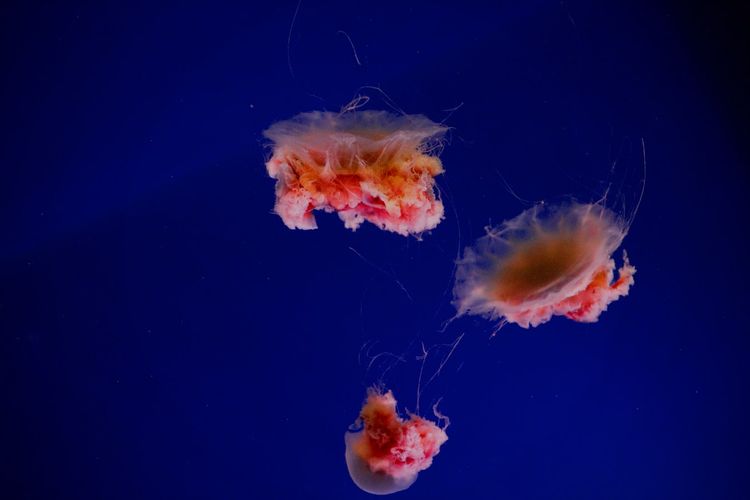