When you want machine learning to convey the meaning of a text, it can do one of two things: rephrase the information, or just show you the most important parts of the content. The first approach is called abstractive summarization, while the second is called extractive summarization. Neither task is easy, and both have their own limitations even in the current state of the art. Extractive summarization often fails to organize sentences in a natural way, so that the readability of created summaries is not acceptable and many times not even conveying the gist of the content. Meanwhile, current state-of-the-art deep learning models like GPT-3, GPT-2, BERT, etc. help us to generate paraphrased human-like summaries in terms of readability, but their correctness is often questionable. Here we'll focus on achieving acceptable results with the latter approach.

The Seq2Seq architecture with RNNs or Transformers is quite popular for difficult natural language processing tasks, like machine translation or text summarization. Many improvements have also been made on the Seq2Seq architecture, like attention (to select more relevant content), the copy and coverage mechanism (to copy less frequent tokens and discourage repetition), etc. Here we will be fine-tuning a pre-trained GPT/GPT-2 network on the CNN/Daily Mail dataset, using the standard language model objective, to leverage the powerful text generation capability of such models.

I have used the non-anonymized CNN/Daily Mail dataset provided by See et al. $[2]$ which is geared for summarization of news articles into 2-3 sentences. A cleaned and tokenized version can be found here $[3]$. In order to feed this data to the GPT/GPT-2 model, I performed a few more pre-processing steps specific to the GPT models.

Since GPT models have a restriction on the context size (512 and 1024 tokens for GPT and GPT-2, respectively), I only chose those files which had a maximum 512 and 1024 tokens after tokenizing using the GPT tokenizer. Figure 1 shows the distribution of file sizes (total number of words) for both the CNN and Daily Mail datasets. For training, I only chose 1500 files with a relevant number of tokens from each of the CNN and Daily Mail datasets.

To make this a more computationally-efficient experiment, I did not train the model on the complete dataset. In order to speed up the data loading process, I saved tokenized articles and summaries in .json files with the attributes “id”, “article”, and “abstract” for training. My experiments were done on the free Gradient Community Notebooks. You can find the script to create .json files and NumPy matrix of the data here and here, respectively.

Here is my Dataset class which loads training examples from the .json files:

Before delving into the fine-tuning details, let us first understand the basic idea behind language models in general, and specifically GPT-style language models.

A language model is a probabilistic model that predicts the next token in a sequence given the tokens that precede it. It learns the probability of the occurrence of a sentence, or sequence of tokens, based on the examples of text it has seen during training. It can be represented by the following conditional probability:

GPT/GPT-2 is a variant of the Transformer model which only has the decoder part of the Transformer network. It uses multi-headed masked self-attention, which allows it to look at only the first i tokens at time step t, and enables them to work like traditional uni-directional language models. However, instead of processing tokens sequentially like RNNs, these models process tokens in parallel, i.e. by predicting tokens for all time steps at once. Such models can be represented by:

I have used the Hugging Face Transformer library $[4]$ for the implementation of GPT-2 because of their super simple APIs that help one to focus on other aspects of model training, like hyper-parameter optimization, etc. This proved to be more rewarding in many fine-tuning tasks. Let us first load all the dependencies:

While training I concatenated sources (summaries) and targets (articles) in training examples with a separator token (<|sep|>), a delimiter in between, padded with the padding token (<|pad|>), and another delimiter, up to a context size of 512 and 1024 for GPT and GPT-2, respectively . This approach of adding a delimiter has been explored in the GPT paper for different NLP tasks, like textual entailment, etc. New delimiter or special tokens can be added to the GPT tokenizer using its add_special_tokens method:

Like Seq2Seq models, I also considered cross-entropy loss over target (summary) sequences because considering cross-entropy loss over both source (article) and target sequences did not change the performance. I ignored loss over padding tokens, which improved the quality of the generated summaries. I experimented with layer-wise unfreezing after every 15 steps, instead of fine-tuning all the weights at once. Training and validation loss decreased due to layer-wise unfreezing, in comparison to complete fine-tuning, but the quality of generated summaries was not conclusively better, perhaps due to overfitting. I also found that both GPT and GPT-2 were overfitting if trained for more than 5 epochs on only 3000 examples (article-summary pair). I noticed that the bigger the model, the better the quality of generated summaries. GPT-2 345M was generating the best summaries. You can find a few sample generated summaries below.

I also experimented with different hyperparameters like learning rate, learning rate scheduler, optimizer, number of epochs, gradient_accumulation_steps, max_grad_norm, etc. and found that using a learning rate of 5e-5, Linear Warmup Scheduler with 200 warmup steps, AdamW optimizer, total 5 epochs (more than 5 resulted in overfitting), gradient_accumulation_steps of 32 and max_grad_norm of 1 seems to be the best for both GPT and GPT-2 models. But, in my opinion, a more thorough analysis of hyperparameter optimization can still be done, and the training dataset size can be increased to improve the model. Below is my train function, and you can find the complete training script here:

Most of the code in the above train function is self-explanatory. One thing I want to point out is that since GPT/GPT-2 is huge, I was only able to accommodate a batch size of 1 or 2 (depending on the model size) on a 16GB Nvidia V100. So, to increase the batch size, I used the idea of accumulating gradients for n number of steps before updating the weights, where n will be our batch size.

Iran won the world cup after a nuclear deal with the United States. The deal promises to end Iran’s international isolation under years of crippling sanctions.

In recent research published by OpenAI and Salesforce (independently), they found that summaries generated on the CNN/Daily Mail dataset were at most only 70% of the time correct, independent of the model used. A recent work from Stanford and the University of Florida, however, suggested a remedy by fact-checking the generated summaries against reference summaries using reinforcement learning. However, such approaches are still limited to only a few particular types of datasets.

After training on 3000 training data points for just 5 epochs (which can be completed in under 90 minutes on an Nvidia V100), this proved a fast and effective approach for using GPT-2 for text summarization on small datasets. Improvement in the quality of the generated summary can be seen easily as the model size increases. Also, factual inaccuracy and abstractiveness of the summaries decreases with large models, which might have been happening because of the increased memory abilities of larger models. The generated summaries indicate that the fine-tuned models are trying to exploit the “Inverted Pyramid” structure implicitly, like other text summarization models. Also, I noticed that the abstractiveness of summaries was worse after 5 epochs, for GPT-2 (345 M) this may be due to overfitting. In Figure 2 below I show a comparison between the factual accuracy of summaries generated by different GPT models.

In this article we saw that Transformer decoder-based language models, such as GPT/GPT-2, which were pre-trained on large datasets can be easily fine-tuned to achieve good results for abstractive summarization using only minimal data. This approach leverages the power of transfer learning that has been seen on many other natural language processing tasks with the Transformer architectures. Since this approach needs the minimum amount of data, it can be applied in various other narrow domains and low-resource languages. The summaries produced by the proposed approach are consistent with the input documents (in most cases) and have a high fluency, as expected from a GPT-based model (though there are issues with the factual correctness of some generated summaries). Recent work by OpenAI and Salesforce has suggested that it is a prevailing issue independent of abstractive summarization models. The complete code for this text summarization project can be found here. 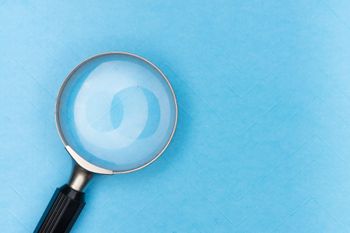 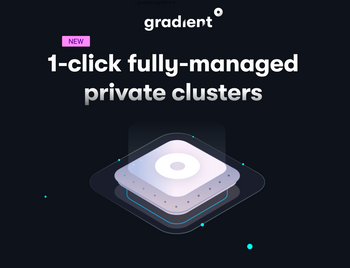 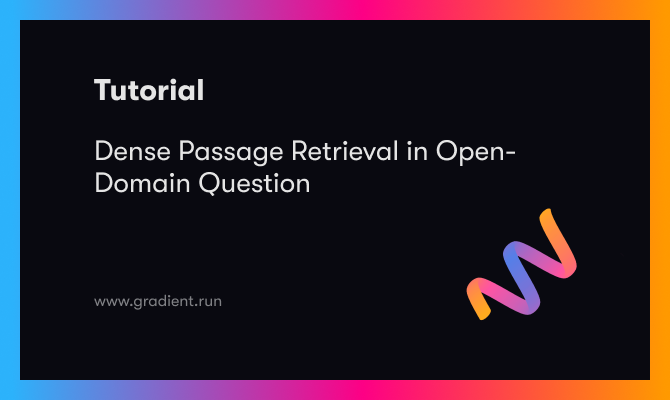 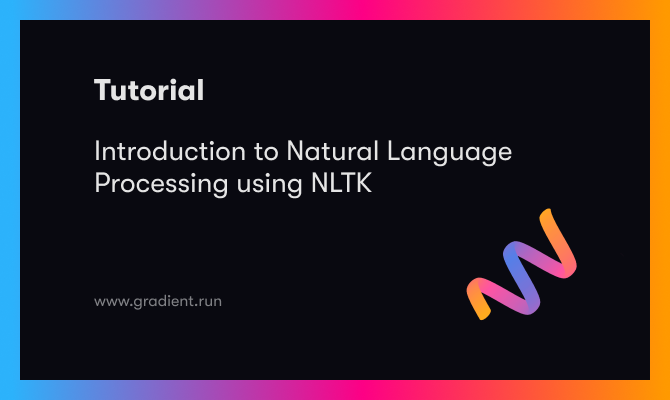 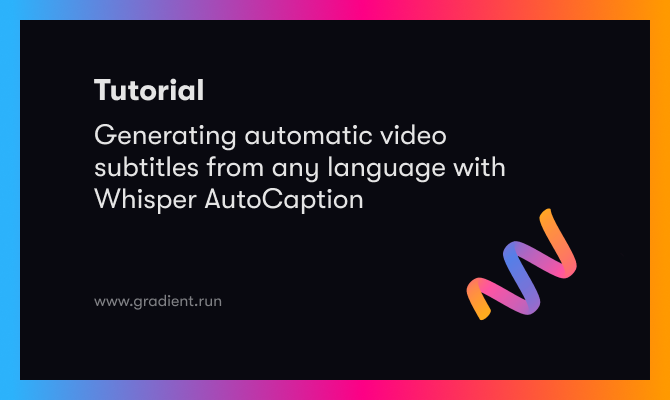