When it comes to getting good performances from deep learning tasks, the more data the merrier. However, we may only have limited data with us. Data Augmentation is one way to battle this shortage of data, by artificially augmenting our dataset. In fact, the technique has proven to be so successful that it's become a staple of deep learning systems.

Why does Data Augmentation work?

A very straightforward way to understand why data augmentation works is by thinking of it as a way to artificially expand our dataset. As is the case with deep learning applications, the more data, the merrier.

Another way to understand why data augmentation works so well is by thinking of it as added noise to our dataset. This is especially true in case of online data augmentation, or augmenting every data sample stochastically each time we feed it to the training loop.

Each time the neural network sees the same image, it's a bit different due to the stochastic data augmentation being applied to it.  This difference can be seen as noise being added to our data sample each time, and this noise forces the neural network to learn generalised features instead of overfitting on the dataset.

Everything from this article and the entire augmentation library can be found in the following Github Repo.

The documentation for this project can be found by opening the docs/build/html/index.html in your browser or at this link.

However, doing the same augmentation for an object detection tasks also requires you to update the bounding box. For example, this.

It's this sort of data augmentation, or specifically, the detection equivalent of the major data augmentation techniques requiring us to update the bounding boxes, that we will cover in these article. To be precise, here is the exact list of augmentations we will be covering.

5. Resizing for input to the neural network

We will be basing our little data augmentation library on Numpy and OpenCV.

We will also define a Data Augmentation that does nothing of it's own, but combines data augmentations so that they can be applied in a Sequence.

This article will outline the general approach to writing an augmentation. We will also go over some utility functions that will help us visualise detections, and some other stuff. So, let's get started.

For every image, we store the bounding box annotations in a numpy array with N rows and 5 columns. Here, N represents the number of objects in the image, while the five columns represent:

I know a lot of datasets, and annotation tools store annotations in other formats, so, I'd leave it you to turn whatever storage format your data annotations are stored in, into the format described above.

And yes, for demonstration purposes we are going to use the following image of Lionel Messi scoring a beauty of a goal against Nigeria.

Both these files will live inside a folder called data_aug

Let us assume that you have to use these data augmentations in your training loop. I'll let you figure out how you extract your images and make sure annotations are in proper format.

However, for sake of keeping thing simple, let us use only one image at a time. You can easily move this code inside the loop, or your data fetching function to extend the functionality.

Clone the github repo in the folder containing the file of your training code, or the file where you need to make of the augmentation.

First, we import all the necessary stuff and make sure the path is added even if we call the functions from outside the folder containing the files.  The following code goes in the file data_aug.py

The data augmentation will be implementing is RandomHorizontalFlip which flips an image horizontally with a probability p.

We first start by defining the class, and it's __init__ method. The init method contains the parameters of the augmentation. For this augmentation it is the probability with each image is flipped. For another augmentation like rotation, it may contain the  angle by which the object is to be rotated.

The docstring of the function has been written in Numpy docstring format. This will be useful to generate documentation using Sphinx.

The __call__ function also returns the same arguments, and this helps us chain together a bunch of augmentations to be applied in a Sequence.

Let us break by bit by bit what's going on in here.

In a horizontal flip, we rotate the image about a verticle line passing through its center.

To have a better understanding of what is going on, consider the following image. The pixels in the right half of the transformed image and the left half of the original image are mirror images of each other about the central line.

The above is accomplished by the following piece of code.

Note that the line img = img[:,::-1,:] basically takes the array containing the image and reverses it's elements in the 1st dimension, or the dimensional which stores the x-coordinates of the pixel values.

However, one must notice that the mirror image of the top left corner is the top right corner of the resultant box. Infact, the resultant coordinates are the top-right as well as bottom-left coordinates of the bounding box. However, we need them in the top-left and bottom right format.

The following piece of code takes care of the conversion.

We end up by returning the image and the array containing the bounding boxes.

The above code applies the transformation stochastically with the probability p. However, if we want to build a deterministic version we can simply pass the argument p as 1. Or we could write another class, where we do not have the parameter p at all, and implement the __call__ function like this.

Seeing it in action

Now, let's suppose you have to use the HorizontalFlip augmentation with your images. We will use it on one image, but you can use it on any number you like. First, we create a file test.py. We begin by importing all the good stuff.

Then, we import the image and load the annotation.

In order to see whether our augmentation really worked or not, we define a helper function draw_rect which takes in img and bboxes and returns a numpy image array, with the bounding boxes drawn on that image.

Let us create a file bbox_utils.py and import the neccasary stuff.

Now, we define the function draw_rect

Once, this is done, let us go back to our test.py file, and plot the original bounding boxes.

Let us see the effect of our transformation.

This is it for this article. In the next article we will be dealing with Scale and Translate augmentations. Not only they are more complex transformations, given there are more parameters (the scaling and translation factors), but also bring some challenges that we didn't have to deal with in the HorizontalFlip transformation. An example is to decide whether to retain a box if a portion of it is outside the image after the augmentation. 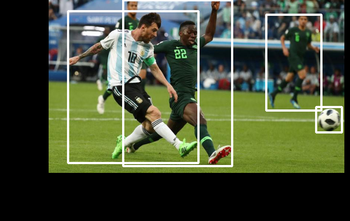 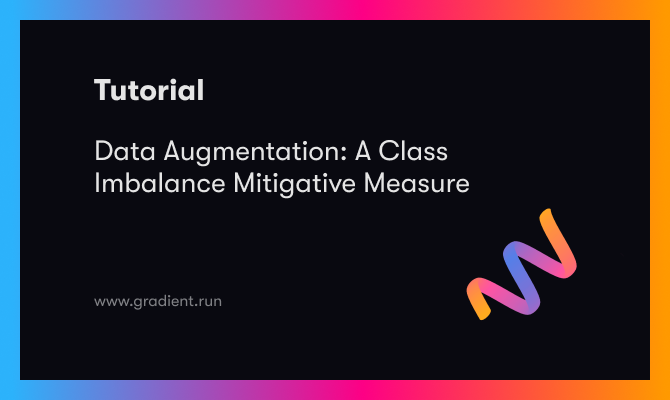 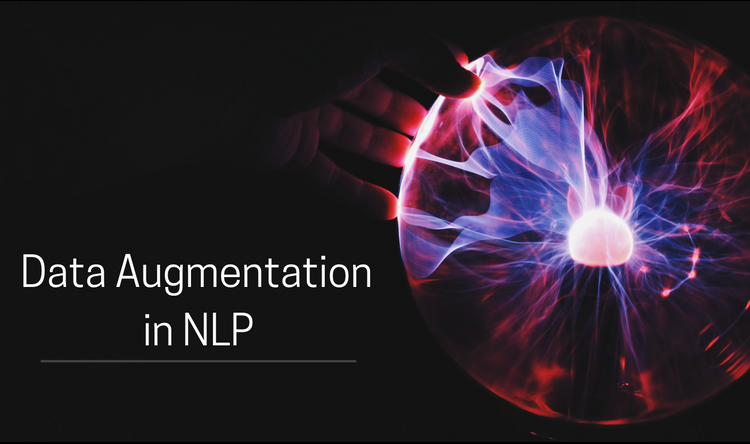